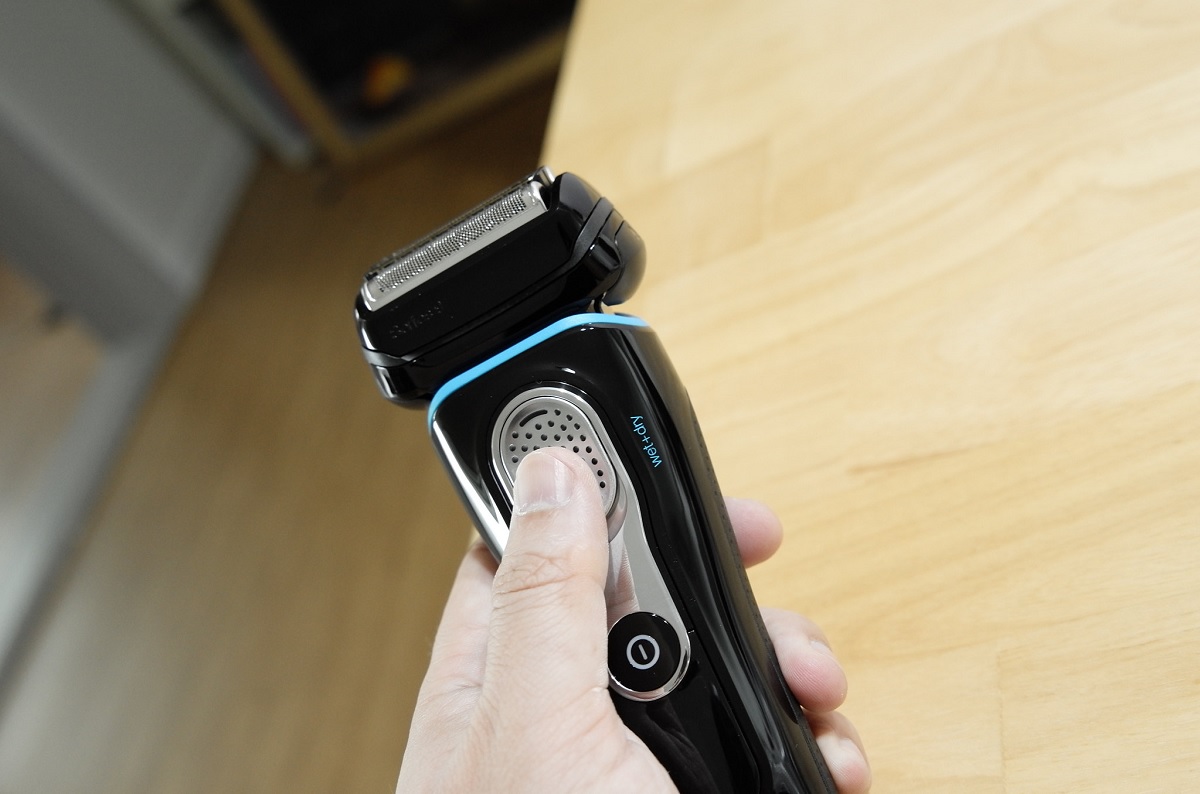 Disclosure: This post may contain affiliate links. This means that at no cost to you, we may earn a small commission for qualifying purchases.

Well, whatever the reason, you can be sure that if you go for one of these two shavers, you’re going to struggle to ever go back or downgrade after you’ve experienced shaving with a Braun Series 9 shaver.

Braun is a German brand that has been making electric shavers since the 1950s, and they still make their electric shavers in Germany today (from Series 5 upwards). With nearly seven decades of experience, paired with the best of German technology, you can be sure that Braun know what they’re doing.

In fact, they’re so confident that the Series 9 is the very best that they can offer that they have made a huge claim. The Braun Series 9 is “The World’s Best Shaver in Efficiency and Skin Comfort.”

Given that efficiency and skin comfort are pretty much the two main aspects of a shaver, Braun is basically putting it out there that Series 9 has the best electric shavers in the world.

In fact, they actually made this claim after testing it and proving themselves against other leading, premium-tier products, on three day beards. So if you want to keep a close shave, it looks like actually this might be the best a man can get.

Both of these electric shavers have pretty similar features, which we’ll go through in more detail in the article below.

If you want a quick look at the main advantages and disadvantages, take a look here, but the differences are so subtle, we suggest that you take a look at the rest of the article to get a better idea of which one you should purchase.

Winner: Don’t want to read the full article? The editor’s choice is the Braun Series 9 9095cc.

What’s the Difference Between Them?

Now, before we get into the nitty-gritty details of these two shavers, it’s worth explaining the Braun system for electric shavers, and how to tell them apart. When you first type in Braun electric shavers, it can feel pretty overwhelming with the amount of variety you are faced with, but it’s actually pretty simple.

Firstly, there are different “series”, which each begin their model numbers with that same number. You can pick from Series 3, 5, 7, 8, or 9. As the numbers get higher, they also increase in value, so the Series 3 models are Braun’s most basic electric shavers, while the Series 9 is their high-end range.

Within each range, you’ll see that some end in the letter “s”, while others end in “cc”. In these cases, the “s” tends to stand for “solo”; i.e. the shaver comes as a lone tool. In contrast, the “cc” stands for “clean and charge”, which means that it comes with a “clean and charge” station. Both the 9090 and the 9095 are “cc” electric shavers, so they’ll both come with their own clean and charge station, which we’ll explain below.

In terms of the ranges within the series, a lot of them start with three digits, and then move up to four digits for the following range. Within the Series 9, the original range have four-digit model numbers, which begin with 90**.

That puts both of these electric shavers, the 9090 and the 9095 in the original range of models in the Series 9. Since then there have actually been two more upgraded ranges, the first begin with 92**, and the third (and most recent) begins with 93**. Hopefully now that we’ve been through that, you’ll be better able to decipher the difference when you look at which one to purchase.

As the 9090 and the 9095 are both part of Series 9, the differences between them are pretty minimal, and they should both provide you with an equally great shave. However, we’ll go through their main features below, and we’ll highlight the difference between them. Keep reading to find out what it is.

If you’re familiar with the Braun electric shavers, you’ll quickly see that the Series 9 electric shavers fit in nicely with the other series, but they do look like the premium product that they are.

The Series 9 has a similar shape to the Series 5 shavers, whereby it is widest at the top, near the shaving head, goes narrower around the middle, then tapers at the bottom. It has the power button in the centre, and your thumb can rest above that, which can also help with moving the shaving head.

As well as a shaving head, the two shavers also have a Precision Trimmer, which is integrated into the shaver. It slides out of the back and then raises to be slightly higher than the shaving head, so you can see what you’re doing while you trim your sideburns.

The most eye-catching aspect of the Series 9 is the LED display. It has a hygiene indicator, as well as showing whether or not the travel lock is on, plus the chosen setting. The whole design is super sleek, but at the same time you can feel that it is sturdy and durable. The silver colour of the electric shaver makes it look a cut above other electric shavers.

Verdict:
The two electric shavers both have the same, suave look of the Series 9 shavers, so for this it is a drawer.

The shaving heads of the Series 9 electric shavers are seriously impressive. For starters, they each have four different, specialised cutting elements. This means that there are four different opportunities for the shaver to capture and cut your hairs.

Even if you have lots of flat-lying hairs that grow in all directions, one of the four elements should be able to get them. One of the parts is the Intelligent Sonic Technology, which we’ll go through on its own below, but first, we’ll give you a quick brief of the shaver head itself.

There are two outer foils, one at the front, the other at the back. These have a pattern of holes that are irregularly shaped, to best catch the smaller hairs. This is part of what makes the shave closer than any other shaver.

Then there is the Direct and Cut Trimmer, which helps to align the hairs that are growing in different directions, to most efficiently cut them. The third part is the HyperLift and Cut Trimmer. This trimmer specialises in the flat-lying hairs, particularly from the tricky spots, like the neck and chin. It easily lifts and cuts them, so that you don’t have to keep going over these more sensitive areas.

Verdict:
The 9090 and the 9095 are both market-leaders when it comes to the shaving heads, which makes them equally good. The only problem is that for both it can be difficult to find replacement heads, which can make people decide to go for a newer model.

Okay, so this is a super fancy sounding name, in line with the high-end product that it is, but it does deserve the name. Basically, the whole shaving head is powered by this Intelligent Sonic Technology, which sits just below the upper elements. It then produces sonic micro-vibrations, which allow the blades to move with 40,000 cross-cutting actions.

It is because of these 40,000 movements, and the four different blade-sections, that these electric shavers are able to produce such a great shave. The main thing is that this makes shaving a whole lot quicker than other electric shavers, so your hairs have less chance of escaping, as well as being cut closer.

This leaves you with a far more efficient shave, as you need far fewer strokes to obtain a top-notch shave. Plus, the various elements mean that the hairs are cut sooner after being captured, so it doesn’t tug as much on the face. This combined with it being a quicker shaving process make it a far more comfortable shave.

Verdict:
Again, these two electric shavers use the same technology, so they are both world-leaders when it comes to their Intelligent SyncroSonic Technology.

Okay, so we mentioned the Clean and Charge station earlier, which comes with all the “cc” models of the Braun electric shavers. But what is it? Well, the clean and charge station is a Braun invention which allows you to, yep, you guessed it, clean the electric shaver while you also charge it.

The station is a five-action station, which uses an alcohol-based solution to hygienically clean the electric shaver, and it even lubricates it too. With just the touch of a button you can choose a cleaning programme, as well as dry it. The drying is an additional feature that few shavers have.

Then on top of that, it also charges the electric shaver. Plus, it gives you a great place to store the shaver, so it doesn’t have to get in the way by your toothbrush. It’s worth mentioning that the clean and charge station for the series 9 shavers is the most compact option of all the series, so it shouldn’t be too bulky for your surfaces.

Verdict:
Both the 9090 and the 9095 use the same clean and charge station, so they are equals in terms of this feature.

When it comes to usability, it’s hard to imagine how any shaver could be better than the Braun Series 9. The shaving head can pivot in every direction, with a combined MicroMotion and MacroMotion, so that the shaver can maintain more skin contact for maximum adaptability and the best results.

Verdict:
The two shavers are equally great when it comes to maneuvering them and obtaining the most efficient and effective shave. However, given that the 9095 can be used for both wet and dry shaving, it wins the round on usability.

So there you have it. The Braun Series 9 9090cc and the 9095cc in all their glory. They both come with clean and charge stations, and they both last for 50 minutes once fully charged. They both have sleek, ergonomic designs in a classy silver color.

Both shavers use a fully-pivoting shaving head with four elements, that includes Intelligent SyncroSonic Technology, for maximum efficiency, as well as an integrated trimmer and an LED display to keep track.

The main difference between the two is that the 9090cc is to be used only for dry shaves, and as such, it can be used at the same time as charging it, which can’t be done with the other, but the 9095cc can be used for both wet and dry shaves.

So now you should have a comprehensive idea of what the Braun Series 9 has to offer, and it should be clearer whether the 9090cc or the 9095cc will be more suitable for your needs. 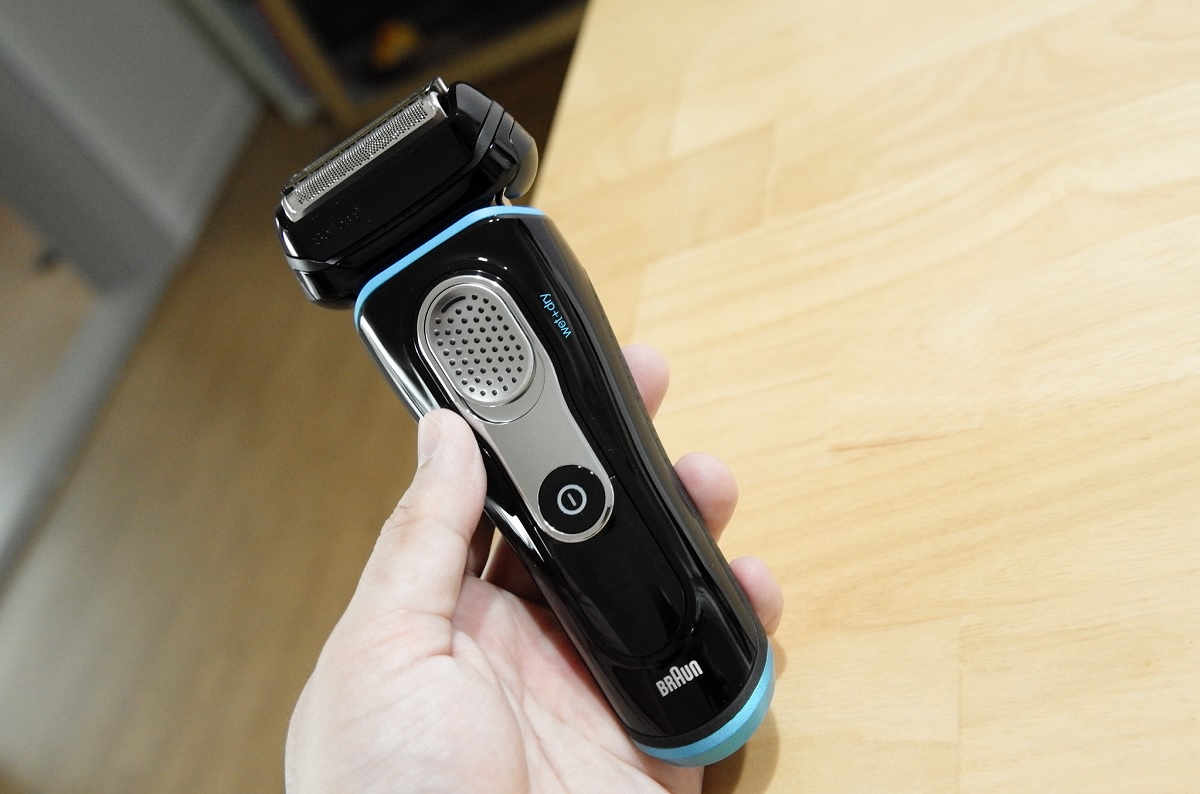 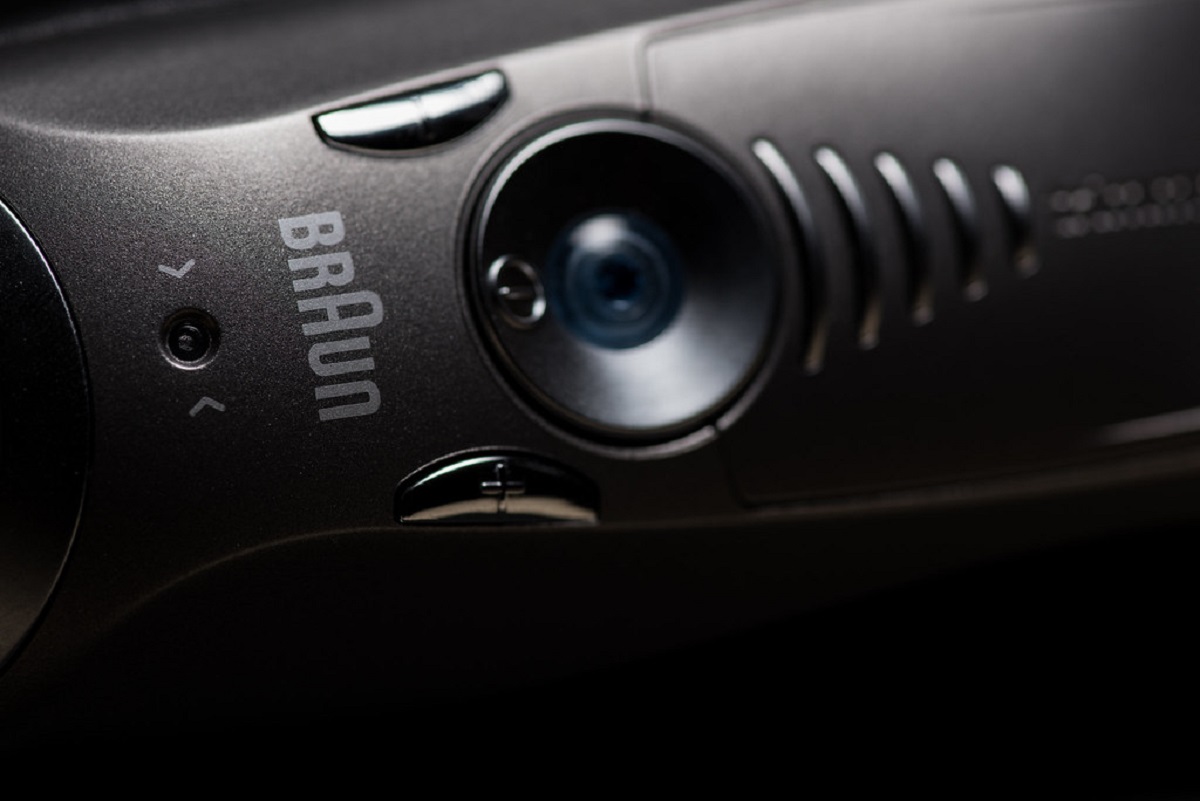 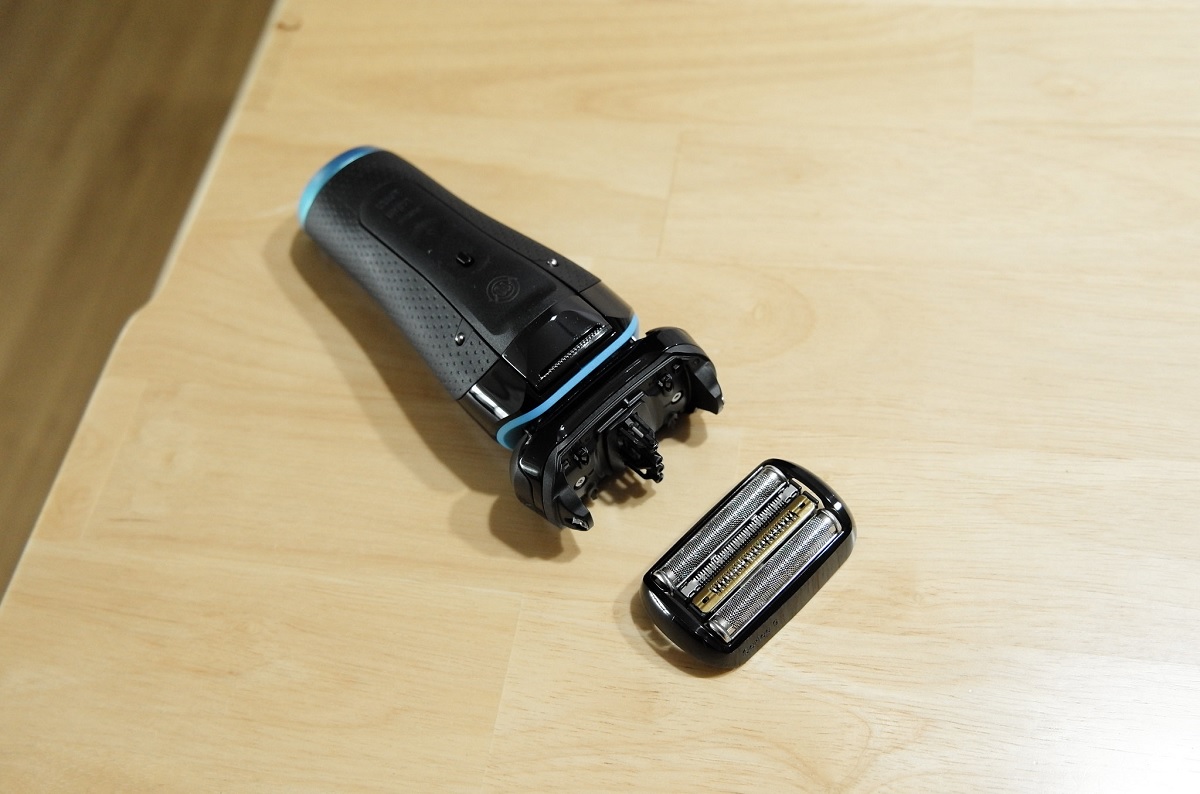 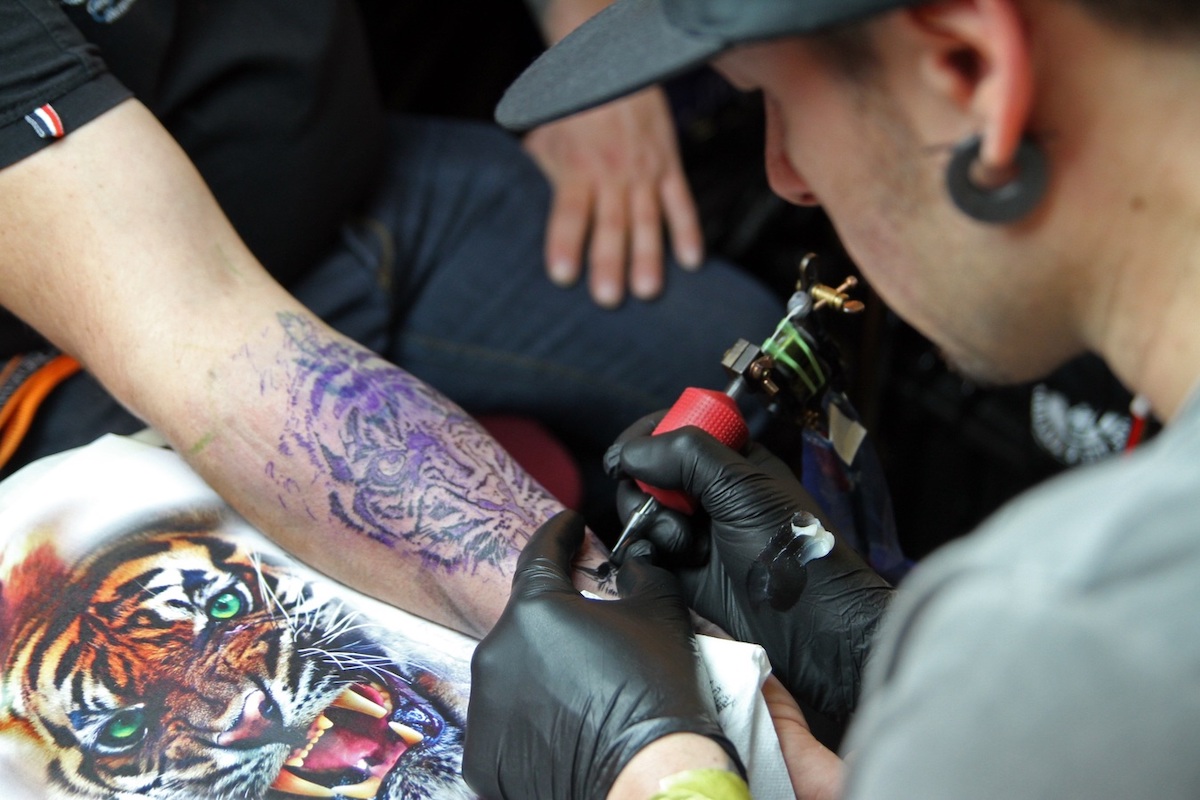 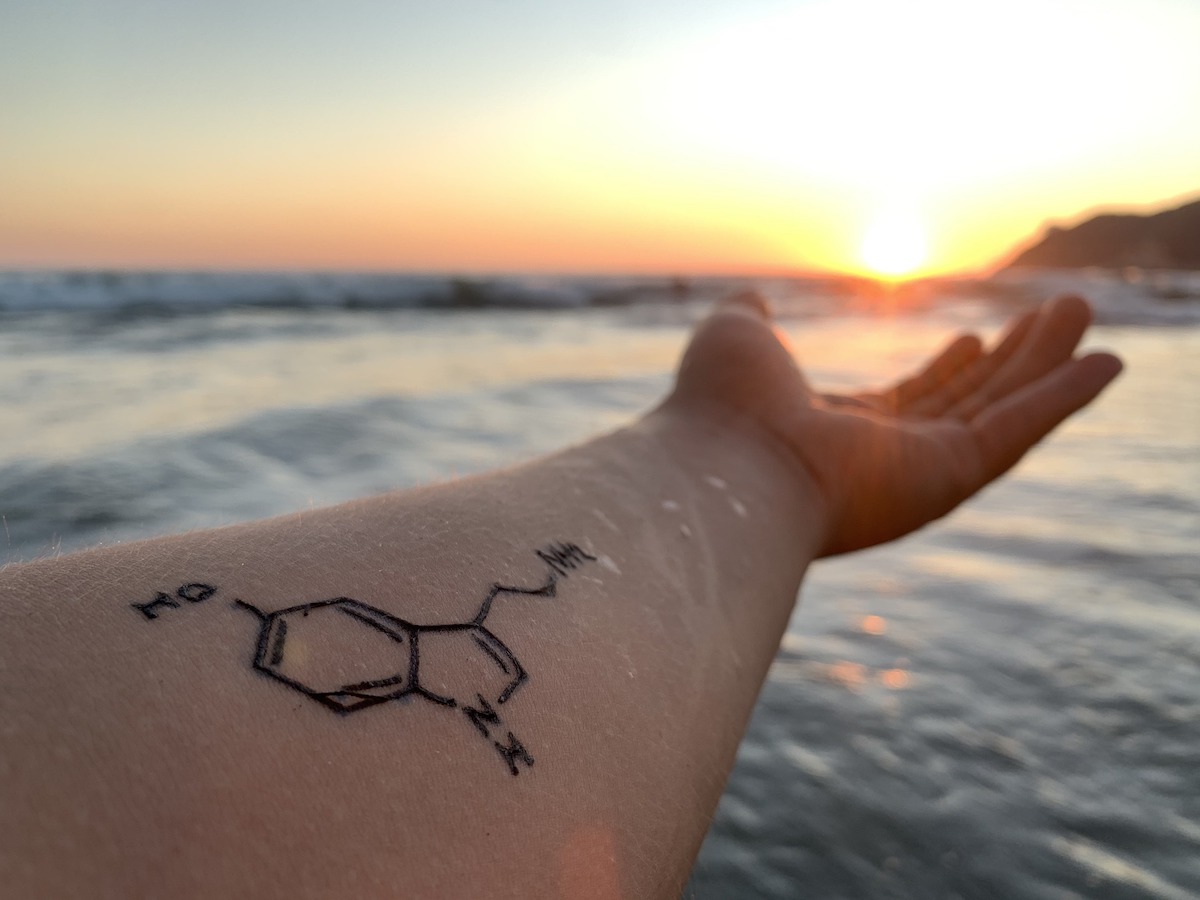 Tanning with Tattoos: How to do it Safely? – A Definitive Guide 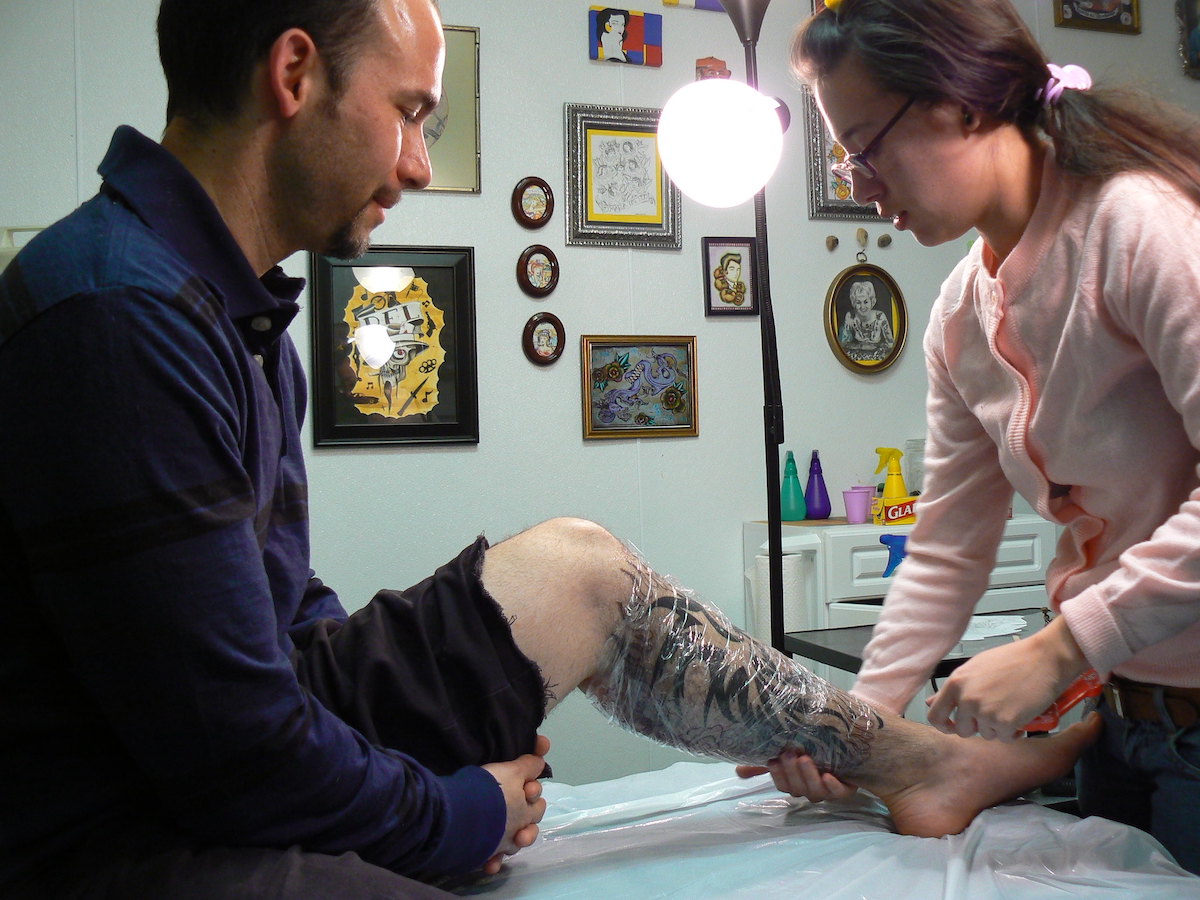 How Long Should I Keep My Tattoo Wrapped or Covered? – A Definitive Guide

Would you like to stay up to date on all the latest tattoo information?

Join our newsletter for the latest updates!