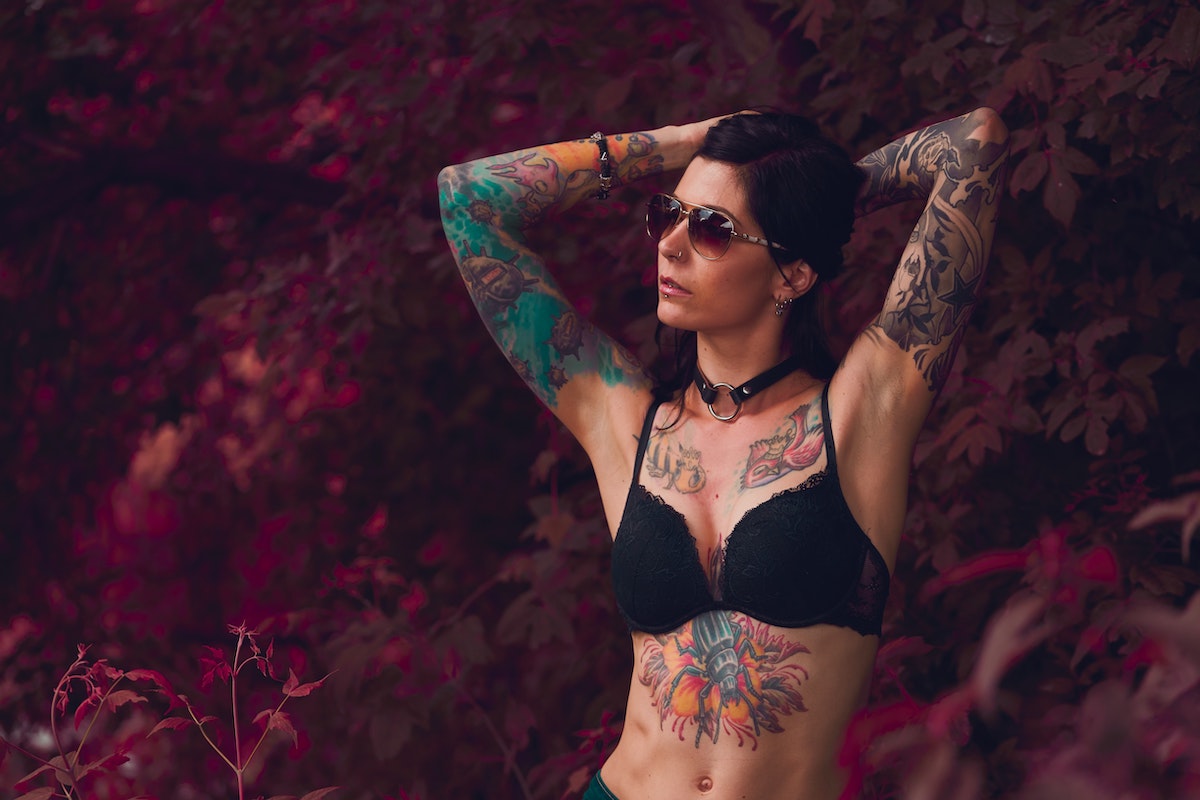 Disclosure: This post may contain affiliate links. This means that at no cost to you, we may earn a small commission for qualifying purchases.

Whether you are a tattoo enthusiast yourself or curious about what a particular tattoo might mean, let this be your starting point for learning all you need to know about them. Tattoos could be quite the conversation piece, particularly if you understand the meaning or even share the same heritage.

By the time you finish reading, you will easily tell whether someone’s tribal tattoo is from Samoan or even Aztec origins. Let’s take a look now at each of the tribal tattoos that exist.

The 6 Types of Tribal Tattoos

Below is a list of 6 types of tribal tattoos that are in existence. We will discuss the meaning behind each of these so you can be able to understand them more easily. If you are planning on getting a tribal tattoo yourself or simply just want to learn more about each of them, pay close attention to our breakdown of each type.

Let’s begin with the first one:

Are you someone who appreciates Hindu culture? Are you of Indian descent? Either way, these types of tribal tattoos usually pay homage to the Hindu gods and goddesses that are worshipped by the Hindu religion. 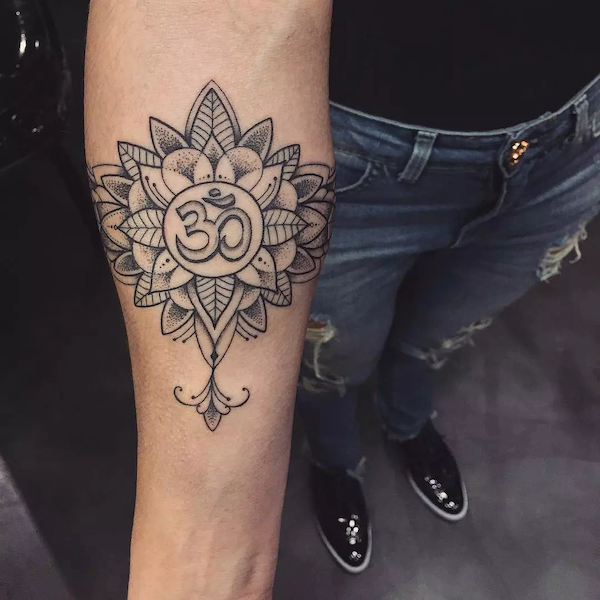 These types of tattoos resemble ancient designs. They also include different geometric and floral designs. You will also notice that they often use animals in their designs, such as elephants. Other animals that you’ll see on an Indian tribal tattoo will either be a dragon or a tiger.

These are the types of tattoos that are perhaps the most aesthetically pleasing. These tattoos are great for any part of the body.

Most of these Indian tattoos feature deities that represent power and strength. If you are someone who describes themselves as a strong person, an Indian tribal tattoo could be something you’ll want to have.

If you are not familiar with Hindu culture, spend some time researching the different deities that exist. You will be able to find one that you might ‘connect’ with the most. Even if you are not a practicing Hindu, it’s fascinating to learn about the different spiritual and tribal cultures.

Native Americans are proud of their heritage. But of the many tribes that existed throughout America, no tribe has more pride in their heritage than the Cherokees. 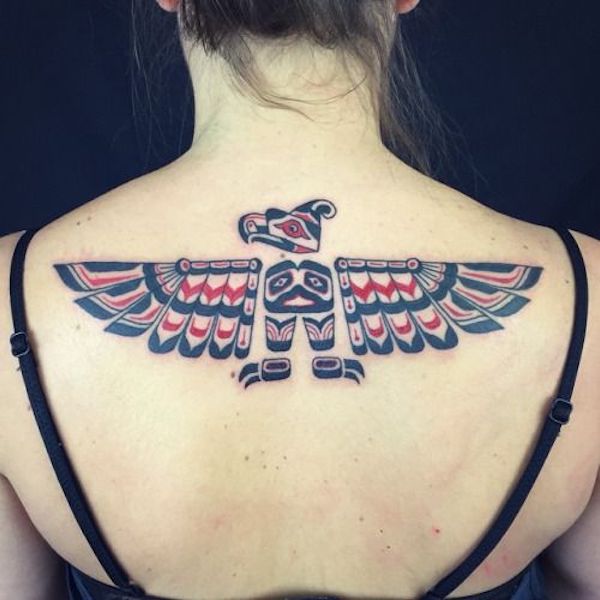 Known for their culture of being religious, harmonious, and respectful, these types of tribal tattoos are perfect for the person who is respectful and loving to others.

Most of the Cherokee tribal tattoos that exist represent legendary stories and myths. They hold the wolf in the highest regard, which is why you’ll often see them in many Cherokee-inspired tattoo designs. In fact, Native American culture tells us that a wolf is to be respected and never killed.

Legend has it that if a wolf were to be killed, its spirit would be vengeful. Tribal tattoos of Cherokee and Native culture have grown in popularity over the years. Most of the latest designs look more realistic compared to others.

Another design that is popular amongst this type is the Cherokee skull tattoos. This is a symbol of pride, strength, and dignity among others. Granted, this is a universal belief amongst all Native American tribes.

If you are looking for a Cherokee tribal design that will give you that powerful, but respectable look, the full sleeve tattoos of this specific tribal design are definitely worth it. Any Cherokee tattoo has a symbol that exudes power, love, and respect.

If you see someone with a Cherokee design tattoo, there’s a good chance that they are usually respectful, selfless people.

If you are a fan of Dwyane Johnson (better known as The Rock to all you wrestling fans), one of the distinct things about him is that he dons this specific type of tribal tattoo. After all, he takes pride in his Samoan heritage. 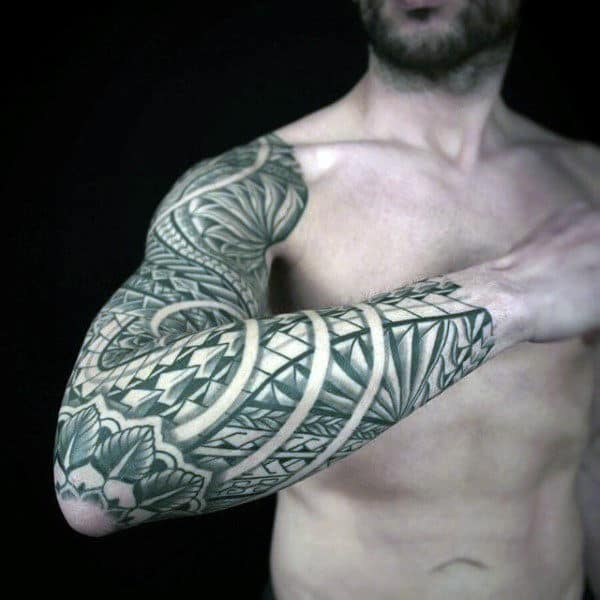 These tribal tattoos have a flair that is second to none. The Samoans are a proud people that place a high price on respect and honor. Design-wise, Samoan tribal tattoos are probably the most eye-popping and awe-inspiring.

Even if you aren’t a fan of tattoos, you will even be impressed with the many designs that exist. Typically, Samoan tribal tattoos are usually located on the shoulder and pectoral area. It’s on this part of the body in particular where the design itself can stand out in such a cool way.

The Samoan tribal tattoos are straightforward and may look easy to design yourself. But a lot of work gets put into them to make sure they stand out perfectly. If you like to doodle tattoo designs in your spare time, designing a Samoan tattoo definitely takes careful attention to detail.

There are many Samoan tribal tattoos that exist. But the meaning of the designs behind them is quite sentimental. Samoan tattoos stand for power, pride, respect, and honor.

Only those of Samoan heritage wear these tattoos, so you will feel out of place if you decide on wearing this type in particular if you are not of Samoan descent.

If you are someone who is Irish or loves Celtic culture, these tattoos are the ones you’ll likely appreciate. Celtic tribal tattoos can be described in one word: badass. Most of these Celtic tattoos symbolize power, courage, and protection. 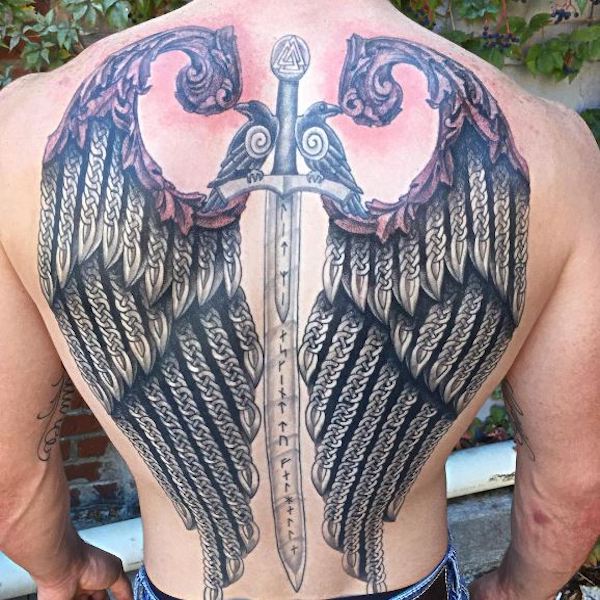 Specifically, you will find such a meaning in Celtic tattoos that feature warrior-like birds and animals. One of the Celtic designs that stand out are the famous knot designs. If you are Irish or appreciate their culture, you’ll instantly identify it right away and know that it’s Celtic.

Some of these tattoos are usually colorful, but most of the time they won’t be. Most tattoo designs look better without the color. If you are looking for a tribal tattoo for symbolism’s sake, the Celtic tattoos are worth it.

Body placement can be just about anywhere like other tribal tattoos. There are plenty of designs that would look great on your arm, shoulder, or calf.

The Maori and the Samoans may be similar in certain aspects. They hold power, status, and honor in the highest regard. However, the Maori Tribe of New Zealand do their tattoos a certain way. 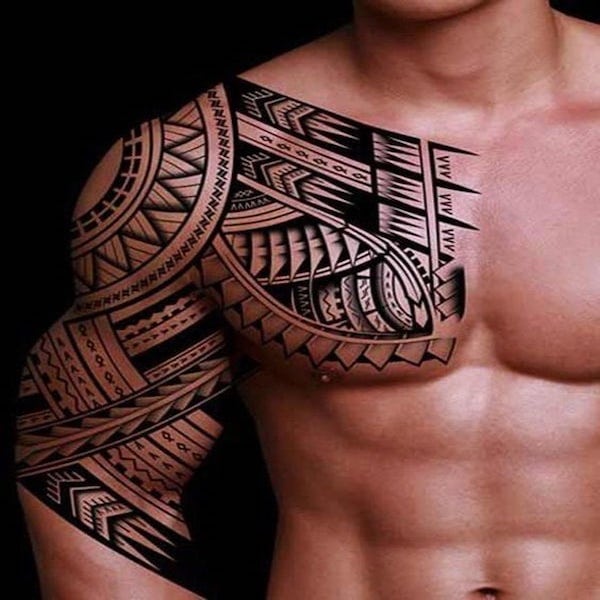 Most of the tattoos are placed on their head and face. Legend has it that the head and face area of a Maori was sacred. And it was the perfect place to show others their status and role within the tribe.

Today, these tribal tattoos won’t always be found in this area. They can be applied to other types of the body as well. Still, the Maori Tribal Tattoos still hold a special place in the hearts of those who are descendants of the tribe (especially those in New Zealand).

Like the Samoans, the Maori tattoos are straightforward in patterns and designs. And they look great on certain areas of the body like the shoulder and pectoral area. More modern designs are usually found on the back.

Most of the designs you’ll notice are traditional and usually stick to their tribal roots. The calf ring tattoo is among one of the popular choices as it represents protection. Legend has it that the Maori tribesmen who fought for their community and defended their loved ones wore armor around their legs when in battle.

The ring tattoo in particular pays homage to a tribesman’s mission to defend those who were important to them. And that may be your own personal symbol of being the protector yourself.

Since the 14th century, the Aztec tribes have used tattoos to symbolize their belief in the gods they worshipped. There are several designs that represent a specific god they have worshipped. 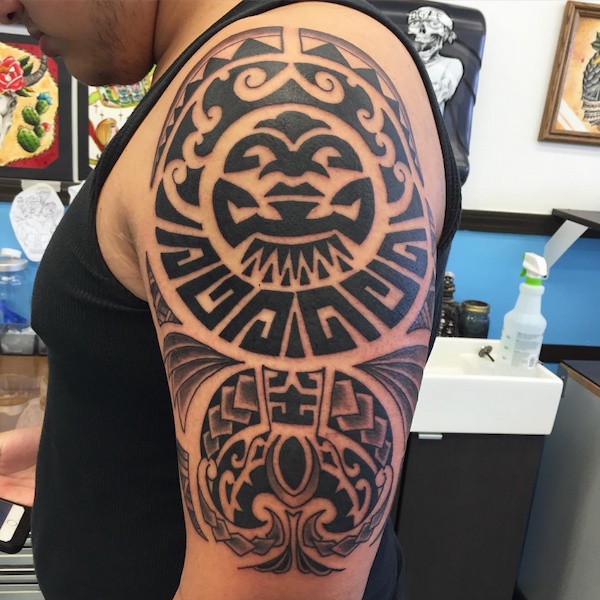 Those who wear these tattoos wear them with a feeling of having warrior-like pride.

One of the interesting things about Aztec tribal tattoos was that it served as a symbol of recognizing different tribes. The Aztec people had various tribes and they were able to identify each other using certain symbols and other distinctive features.

Tribal tattoos like the Aztec tribal tattoos look great on the shoulder and arm. In fact, a full sleeve Aztec tattoo looks pretty awesome when you look at it. One such design that may look great is the legendary Quetzalcoatal, who is considered one of the most powerful gods in Aztec heritage.

The tattoo itself symbolizes creativity, strength, and knowledge. When it’s colored in, it looks impressive.

These are six of the most popular types of tribal tattoos that exist. Certainly, there are others out there that exist. But these designs were chosen for their distinct designs and the meanings behind them.

Some tattoos can be worn only by those of a certain heritage because of the stories behind them. Others can be worn for the sake of symbolism or representing who you are as a person. These tattoo designs from a creative perspective look awesome and would look great on anyone who is willing to get inked up. 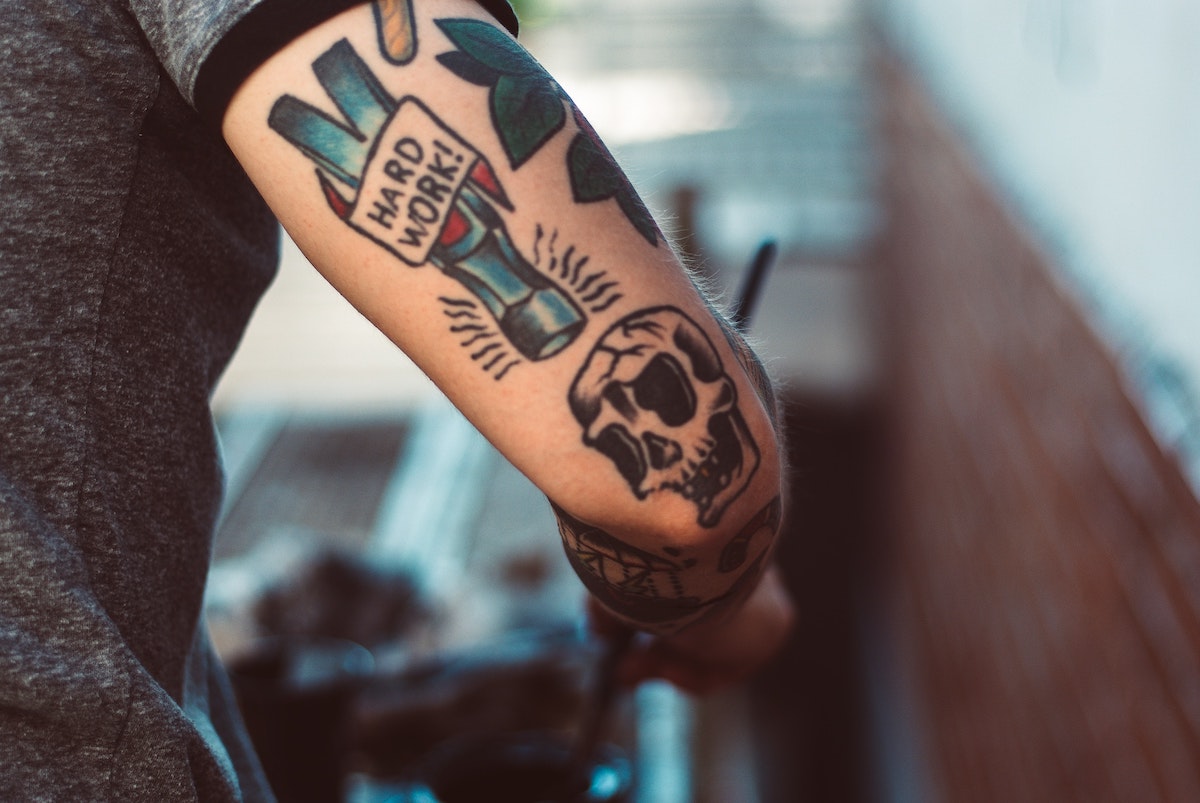 Forearm Tattoo Pain: How Bad Do They Hurt? 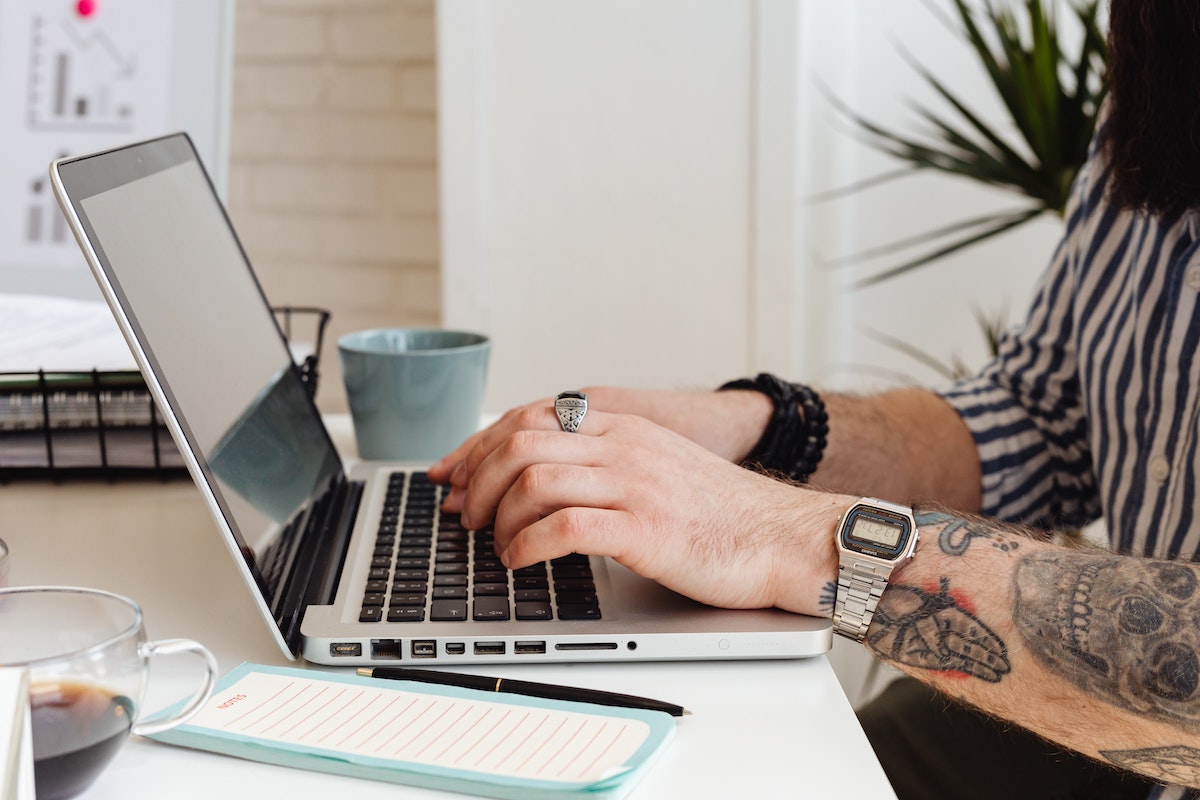 How to Cover Up Tattoos For Work? – Different Methods Explained 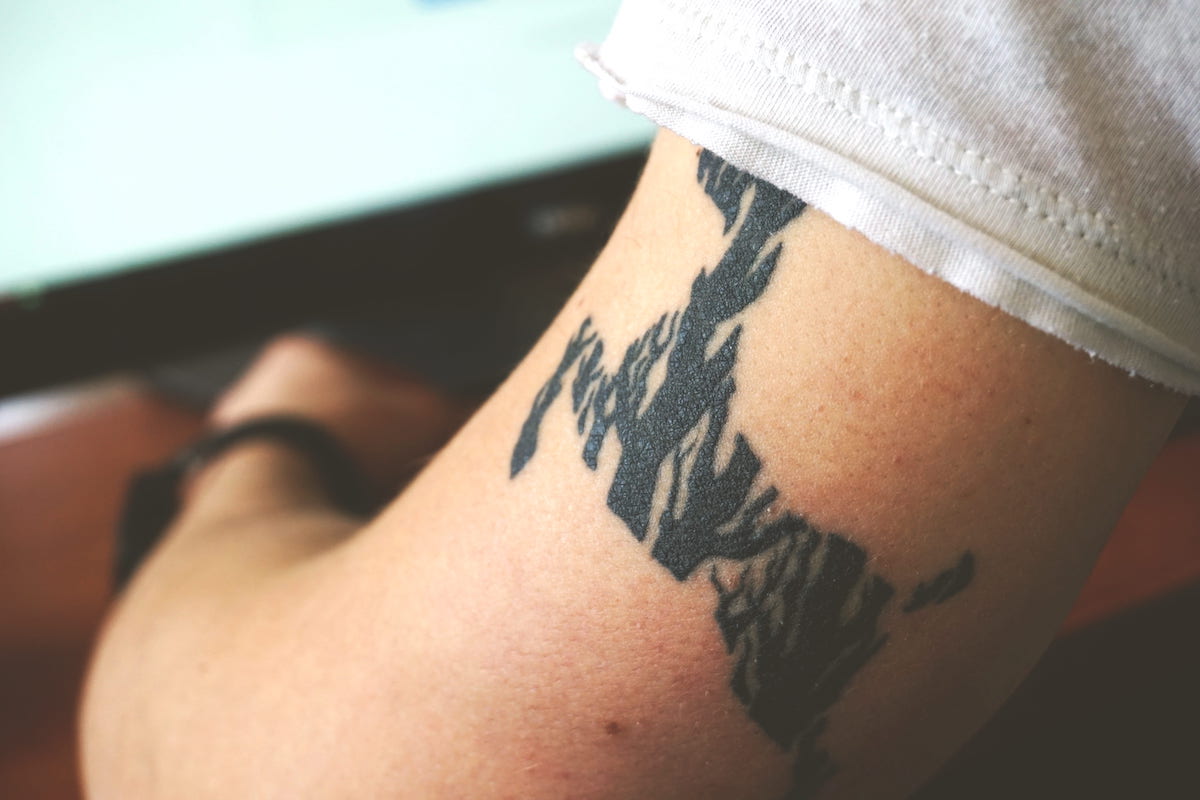 When Can You Scratch Your Tattoo Without Causing Any Damage?

Forearm Tattoo Pain: How Bad Do They Hurt?

How to Cover Up Tattoos For Work? – Different Methods Explained

Would you like to stay up to date on all the latest tattoo information?

Join our newsletter for the latest updates!